“For everything we inflict on it, the Earth will punish us”: David Daley, a sled dog breeder, lives at the gates of the Canadian Arctic in a world that is increasingly difficult for him to recognize.

We are in Churchill, a small isolated town on the edge of Hudson Bay where global warming is three times faster than in other parts of the world and where sea ice is gradually disappearing.

Like his ancestors from the Métis people, one of Canada’s three aboriginal groups, this 59-year-old grandfather lives in communion with nature surrounded by his 46 dogs, where the tundra ends and the boreal forest begins.

Every year, he fears the ever-late arrival of the snow. “My dogs are waiting for winter, like all of us,” she says. “This culture is dying.”

In both summer and winter, David Daley tours this region known for its Northern Lights, where rocks, moss, tall grass and black spruce forests reign. He has always hunted there and has seen the flora and fauna change up close.

“When I was a child I used to hunt, fish and trap here and there were hardly any moose, now they are everywhere,” describes the long-haired man who offers knowledge activities to indigenous tourists. “It’s the same for sharp-tailed grouse and for martens…”

An observation that echoes scientific studies: global warming endangers Arctic species, in particular by opening the doors to other animals from the South. Here, both animals and vegetation migrate north.

For David Daley, humans “have no choice”, they must “adapt” as animals are forced to do.

The adaptation implies, in particular, a coexistence to reinvent with the emblematic animal of the region: the polar bear.

During the Cold War, the town, which was home to a now deserted US-Canadian military installation, had to be ready to repel a possible Soviet attack from the North Pole. Today, its inhabitants fear above all the apex predator of the Arctic.

Global warming is reducing Hudson Bay’s freezing weather and forcing the region’s polar bears to stay on land longer than before during the summer. The months of coexistence with the man are longer and the carnivore, weaker, gets closer and closer to the city.

Venturing through Churchill requires certain precautions: a rifle, repellent, and never walking alone after dark or in poor visibility.

Here, each inhabitant has a story with a bear. “I don’t remember, as a child, feeling in danger during the summer. Today it’s different, my kids can’t play on the rocks along the shore like I used to,” says Danielle Daley, David’s 33-year-old daughter.

The slender young woman recounts her shock at seeing a bear running in front of her house in July, followed a few yards away by Manitoba Wildlife Conservation Officers patrolling with howling sirens.

It’s even more difficult in the fall, when the bears starve after months of fasting on land, without a seal in sight. For Halloween night, October 31, a special device will be installed, says Ian Van Nest, wildlife protection officer.

With his rifle slung over his shoulder and his walkie-talkie on his belt, this stern-looking 30-year-old multiplies his patrols with his colleagues that day. Even helicopters are out to spot marauding bears and let kids collect candy.

“We can use explosive devices, it makes a loud bang and a flash that scares the bear away,” he explains.

The city has new radars that can detect bears two kilometers from the first houses, even at night, even in fog.

Around Churchill, the polar bear population, although in decline since the 1980s, is estimated at 800 individuals… as many as the city’s inhabitants.

Not everyone takes a dim view of these climate-related changes.

“You have to look for the positives in all of this,” said Churchill Mayor Michael Spence, a member of the Cree people.

The evolution of tourism and the development of the port, thanks to the increase in temperature, “are also opportunities for economic growth for the local population,” estimates the councilor who grew up here.

The increased presence of the bear now draws a few thousand tourists each year to this remote corner of Manitoba inaccessible by car.

And melting sea ice allows ships to access the city’s port, the only deep-water port in the Canadian Arctic, longer than ever before.

The mayor dreams of turning it into a natural outlet in the north of the country to export centrally-grown cereals and eventually minerals, which could be extracted in the great Canadian north, in particular thanks to melting ice.

But these perspectives are hampered by another consequence of global warming: the melting of the ground, which moves the landscape and therefore the rails, complicating the transport of raw materials to the port.

In 2017, floods caused by melting ice damaged the railway and rail transport was cut off for more than 18 months. Since then, the port has been inactive. In the back of the gigantic silos, old cars rust in the middle of the wild grass.

In Churchill, between the clean station and the giant graffiti of polar bears, many houses are dilapidated, hastily repaired. Sometimes they are simple prefabs placed on concrete blocks, which seem unsuitable for winter temperatures that often reach -40°C.

In the streets of this city, known in the early days of European colonization for its fur trade, numerous vehicles, snowmobiles, quads, vans, are abandoned, sometimes half boneless.

In this town, which is 60% Aboriginal (Inuit, Cree, Dene, Métis), poverty is very present. The descendants of the country’s first peoples (5% of Canadians, 18% of Manitobans) live in communities often marked by unemployment, poor housing, discrimination…

Here, 64% of children live below the poverty line. A situation that for some relegates the issue of the environment to the background.

Trapper David Daley dreams of a beginning: “We must, as indigenous peoples, lead the reconciliation with our mother, the Earth.”

The UN climate experts (IPCC) already said in their March report that in the fight against climate change, people’s intimate knowledge of nature must be taken into account.

Especially since the ancestral lands of these populations are home to 80% of the world’s biodiversity.

in Georgia, women’s suffrage in the wealthy suburbs of Atlanta 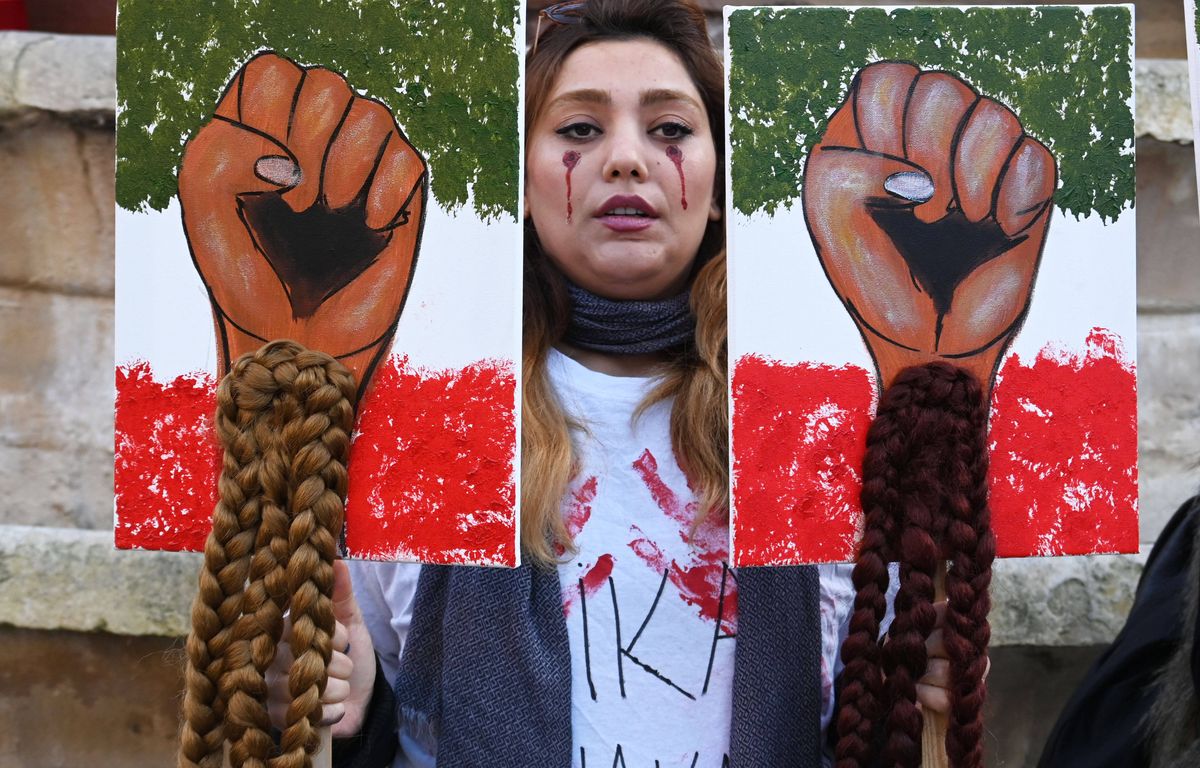 In two months of revolt, “a revolution is underway”

Bolsonaro in prison, Lula maneuvering to build his future government