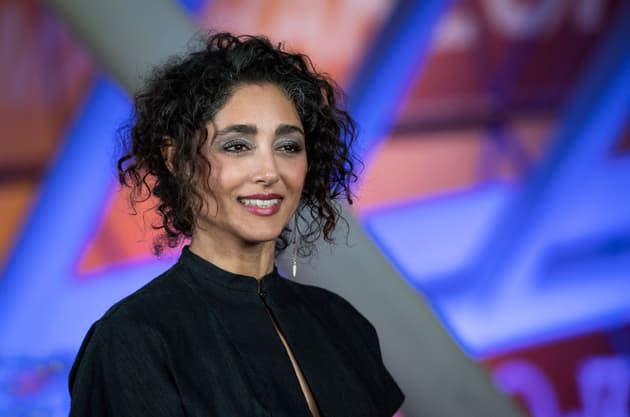 The one who fled the Iranian regime at the age of 26 evokes the popular uprising that her country has experienced since the death of the young Mahsa Amini.

Actress Golshifteh Farahani, who became French after leaving her native Iran, is admiring the popular uprising in her home country. As demonstrations multiply in the Islamic Republic to protest against draconian laws, the star of daughters of the sun draws the observation of a gap between Iranian youth and his own generation in the columns of the World:

“We, when the morality police stopped us in the street, bowed our heads and murmured: ‘Sorry, sorry,’ like frightened little birds. They? They lift their chins, almost provocatively, with mad audacity: ‘I’ am doing this for Mahsa Amini’s blood you spilled. And that? Do you want to stop me? stop me! You want to kill me? Kill me!

The protests began on September 16, the day of the death of Mahsa Amini, a 22-year-old woman arrested three days earlier in the capital for “wearing inappropriate clothing”. Her death unleashed a wave of protests in the country: in demonstrations as in social networks, women parade bareheaded, cut their hair or burn their veils.

A movement violently repressed by the authorities: according to the NGO Iran Human Rights (IHR), mentioned by AFP, at least 92 protesters were killed in the repression, which was accompanied by restrictions on Internet access, in particular blocking of Instagram and WhatsApp . That does not prevent the revolt from continuing to rumble, as Golshifteh Farahani points out: “His ideal can be summed up in one word: freedom. Behind there is no theory, no ideology, no historical or philosophical concept”, he analyzes. . “These young people from Generation Z have done what we would never have dared to do.”

Born in 1983, three years after Iran’s Islamic Revolution, she believes her own generation is “completely burned out”:

“Our early childhood (…) was spent under bombs and sirens blaring. We saw the fear in our parents’ eyes, we saw the destroyed houses on our street in Tehran (…) This Generation Z doesn’t don’t know of revolution or war, she was born in the doldrums, stuck in a country that is a dictatorship, but she has Instagram, TikTok, she knows what is happening in the world, she is irreverent, without complexes or shyness, she gives the impression that she is not afraid of any.

Golshifteh Farahani arrived in France at the age of 26, after a prolific start to his career in Iran. He explains that he fled from the pressures of the Islamic regime, which viewed his international career unfavorably. since then he has toured for Jim Jarmusch, Christophe Honoré and Alain Chabat. He will soon appear ina romantic comedyby Thibault Segouin.

Listenbourg: what is this funny country that lights up Twitter?