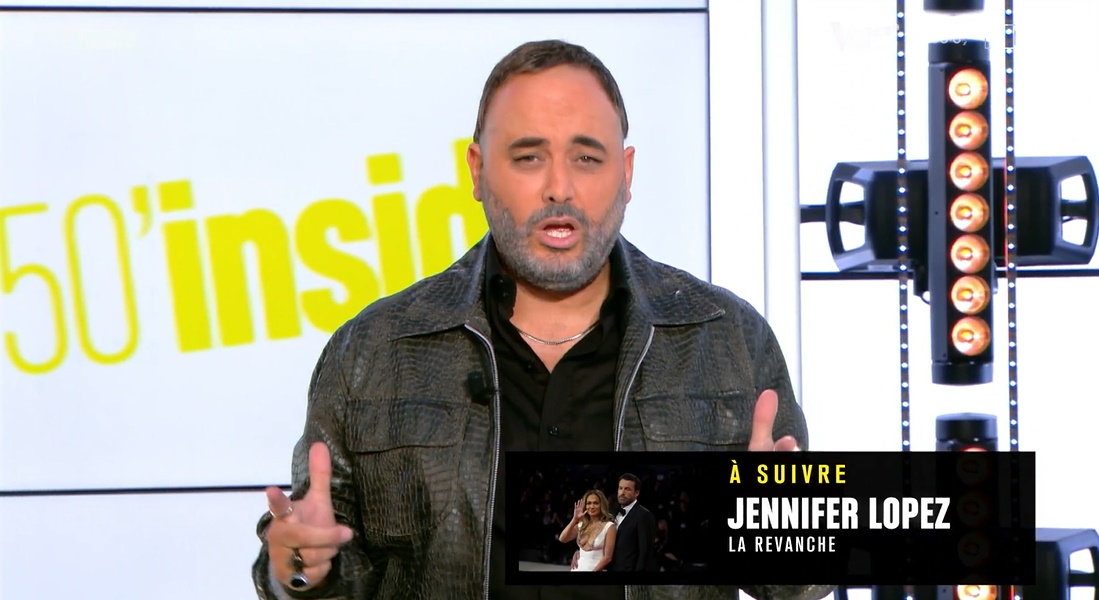 A very remarkable sequence. This Saturday, October 8, 2022 at 50’Inside on TF1, Jérôme Commandeur embarked on a very successful imitation of Nikos Aliagas. Between voices to be wrong, copied and pasted looks and daring parodies on the themes of the program, the comedian unleashed laughter in the Twittosphere.

This Saturday, October 8, 2022 at 50’inside on TF1, Nikos Aliagas offered a strong sequence: the interview with Jean Dujardin. The actor resumed his strong bond with Jean-Paul Belmondo, whom he said he thought about every day, but also about his Oscar, won ten years ago for the film The Artist. To the question of Nikos Aliagas “What remains of that?”, the actor replied: “It remains as schizophrenic. I don’t feel like it’s me.” […] I was conscious but I said to myself ‘what is this noise, I participated in this?'”. This father of four children appears in the film Novembre, where he plays a policeman plunged into the hell of the attacks, he also spoke of his serene relationship with age: “The 50 years have a chic side, we no longer have to seduce, we just have to accept ourselves and make ourselves accepted”.

Jean Dujardin was then invited by Nikos Aliagas to express himself in front of the boy he once was, a black and white vintage photo as support. And there too, Nathalie Péchalat’s partner took a fairly peaceful balance. “Before I would have said ‘wake up, try a little!’, but now I would rather say ‘you have done well to observe, not to say everything, to be a bit at the back of the field because this time of observation served you, forgive yourself yourself”. If this interview was appreciated by Internet users, it is, however, another sequence of the program that marked them the most.

In the second part, Nikos Aliagas welcomed Malik Bentalha to the set. The comedian went to promote the film he co-directed, Jack Mimoun and the secrets of Val Verde. The opportunity for the host to congratulate him on his general form and for Malik Bentalha to joke about his so-called new lifestyle made of “sport, quinoa and capoeira”. But the comedian, in fact, had not come just to take the film. One of the actors on the poster, Jérôme Commandeur, appeared by surprise a few moments later.

Dressed in tight black pants, a leather jacket, finger rings, a salt and pepper beard and a black wig on his head, the comedian appeared dressed as… Nikos! And like the latter, he promised to announce the summary of the rest of the show, before the pub break. True to his reputation, Jérôme Commandeur was not content with reading the teleprompter, perfectly imitating the voice of the Greek presenter. He also slightly modified the texts…

As portrait of the week, the humorist announced a certain “Flix tog flug”, which he presented as “the favorite YouTuber of teenagers”. “His video of him where he plays ping pong with Joe Biden catching the ball in his mouth has been viewed three billion times in 7 minutes,” he added of this made-up character. For the report on the fate of the stars, Jérôme Commandeur evoked “the archipelago of the new mosquitoes” in ironic reference to the island of Mustique in the Grenadines archipelago. And just like the host of the show, she even took care of the announcement of the contest. “Where will the next Miss France ceremony take place next December?” On Twitter, his very successful imitation of Nikos Aliagas as well as his jokes delighted Internet users.

At the Accor Arena, the inhabited and successful performance of Kendrick Lamar

Did you win today’s jackpot?