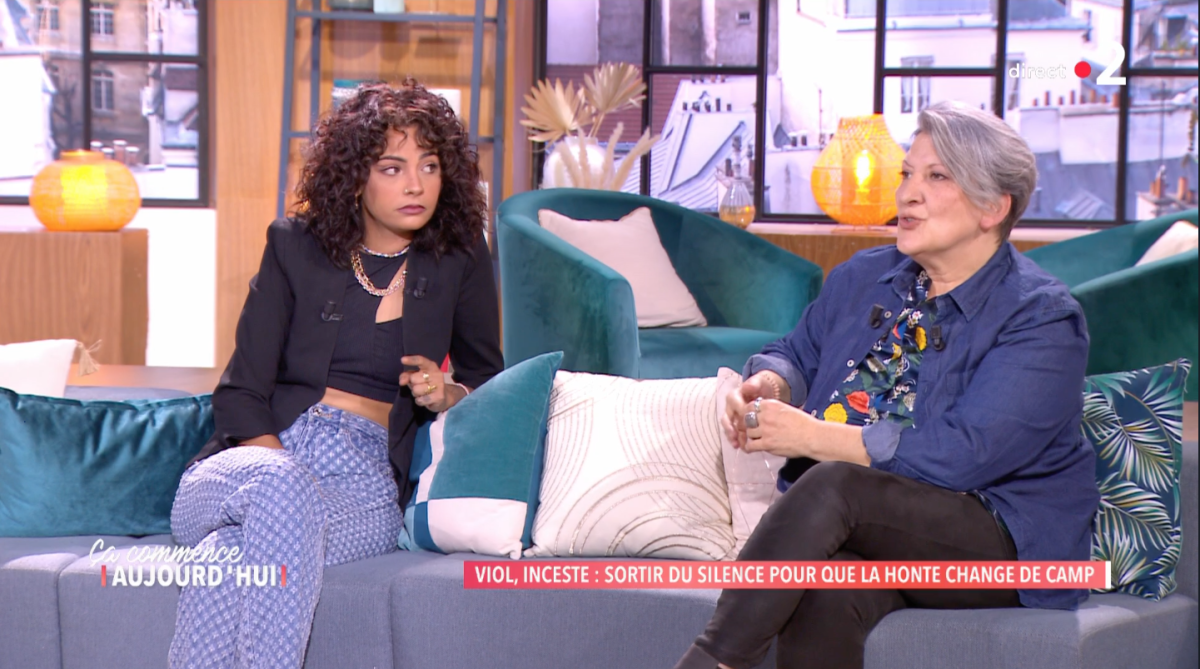 It starts today broadcasts, this Friday, October 7 on France 2, a program about rape and incest. Three women victims of sexual violence during their youth are on the set to tell their stories, their journeys and their desire to fight. Their testimonies, very strong, marked Internet users.

It takes a lot of courage to talk about such trauma. And this courage was present on the set of Today begins, on France 2, presented by Faustine Bollaert. This Friday, October 7, three women, three tragic stories but an incredible common force. We start with the story of Claudine, 56, a pioneer in freedom of expression. When she was only 17 years old, she was kidnapped by two men in the center of Paris, threatened with a gun, then taken to an apartment and raped. She fought so that her trial would not go behind closed doors: “It is not for me to be ashamed. I want the whole world to know it and society to know it,” she explains. She fought like this all her life, she became a journalist and was encouraged to talk to other women.

This is the case of Sindy. “Me Too” was a real turning point for her. At that moment, she felt that she could finally speak. A victim of rape and groping by a member of her family for years, then abused by her boyfriend, she now finds the courage to speak up, fight for her judgment and not be afraid anymore. She recounts how her trauma anchored in her as she kept this difficult secret: taking medication, anxiety, or even vomiting.

Steffy is the last to speak. She recounts her very painful past, first her father’s abuse of her, sexual assault and then her rape. Then, the courage she had to show in telling her mother who, then pregnant, asked her to shut up. All these years, the children had to endure the abuse of her father as well as the youngest, Carl, while Steffy managed to get him convicted. However, her father still had the right to see his children. From a very young age, Carl had anxiety attacks and did poorly from the beginning of his studies. One day, when he had to visit her father, he had a big crisis and confessed that he wanted to stab himself with a knife. It is at that moment that Steffy realizes the urgency in which her little brother is. Some time after his mother’s suicide, Carl also ends his life at the age of 12.

Through these difficult stories, Steffy, Sindy and Claudine try to encourage the other victims to speak up, so that they no longer feel alone. This fight for justice, for finally being heard and for the shame of changing sides, especially affected the viewers. Messages of support rained down on Twitter, but also people who admitted that they were also victims.

Marvel x EA: an Iron Man game and two “exceptional experiences” in preparation, the details of the juicy collaboration